What is Meniere’s disease? 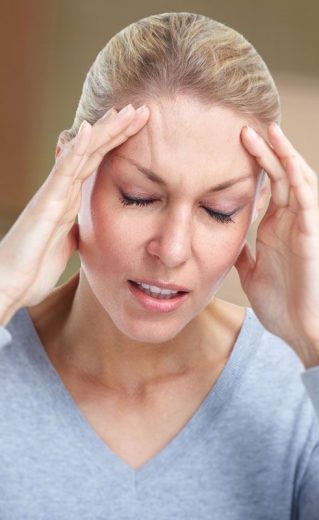 Menieres disease is a disorder that affects the inner ear. It is also known as idiopathic endolymphatic hydrops. It normally only affects one ear and is characterized by episodes of vertigo, tinnitus and severe pain in the ear and occasionally and progressive loss of hearing. The inner ear is responsible for many different functions including balance and in aids in hearing. Suffering from this disorder can be quite disabling for the patient as the vertigo and vomiting associated with Meniere attack is quite severe and is unpredictable.

According the numerous studies carried out by the National institute on deafness and other communication disorders, it was ascertained that approximately 615,000 in America are currently suffering from this disease and that it normally occurs to adults who have crossed the age of forty.

Although the exact causes of Meniere’s disease is not known but it is believed that this condition occurs when there is accumulation of fluid in inner ear. The underlining reason for Meniere disease can range for high blood pressure, viral infection and any medication that can cause body to retain water. This diagnosis is frequently communicated to patients when all other possible reasons for vertigo and vomiting is ruled out. Many people experience a severe attack followed by a remission for a couple of years and will suddenly resurface.

Are there any symptoms of the Meniere’s disease?

Meniere disease does not have continuous symptoms, but rather attack the patient with sudden and random episodes. Most people do not even face these symptoms unless the episode has been triggered. The most common symptoms of the Meniere’s disease Meniere’s disease are:

How do doctors diagnose Meniere’s disease?

Since these symptoms only affect patients during episodes, it can be difficult for doctors to diagnose the Meniere’s disease. However after taking your medical history into perspective, your doctor will request multiple tests to diagnose the disabling disease. Meniere’s disease can cause decrease function of patient’s vestibular system (balance organs in inner ear) causing balance issues and difficulty with driving and daily, work and sports activities. Some of the most common diagnosis tests recommended by doctors are discussed below.

If patient has complains of falls and impaired balance, one of the first tests that the doctor will request is the balance test in order to test the functionally of the inner ear. This test is also known as the electronystagmography and will help in finding out the balance response of the effected ear.

This non intrusive test is quite simple and can be carried out within a few minutes. The doctor will place electrodes around your eyes to monitor your eye movement. Once the electrodes are in position, the doctor will then push both hot water and cold water in the effected ear and the involuntary movements of your eyes will be tracked. The doctor might even carry out a rotary chair test to find out if the root cause of the problem is your ear or your cognition.

This is probably the first test that a doctor will conduct as it will help diagnose if the patient is suffering from any hearing loss. This test is also known as Audiometry and is also non intrusive. Basically the doctor will request that you wear sound cancelling head phones that will play a variety of pitches and volumes. When these sounds are being played your doctor will ask you if you can hear the difference and whether you can hear all of the sounds or not. These sounds will be played a couple of times and within a few minutes, the doctor can find out if you are suffering from hearing loss caused by Meniere’s disease.

How to prevent Meniere’s attack?

There is no known prevention method for Meniere’s disease. However, a diet low in Sodium seems to be effective in minimizing the severity or frequency of the attacks. The effectiveness of low salt diet is contributed to lower fluid accumulation in inner ear.

So for all the people out there who are wondering whether they are suffering from this disease or not, the best way to find out is by contacting your local doctor as soon as possible. The disease is curable with the help of adequate treatment procedures.

Aside from medication to manage vertigo, dizziness and vomiting associated with Meniere’s disease attack and medication to reduce the water retention, there is no specific medication for treating Meneire’s disease. Vestibular rehabilitation Therapy (VTR) by a trained practitioner, usually a physiotherapist or a medical doctor, is an effective treatment to manage complications related to the disease. The common complaints are impaired balance and ongoing dizziness or difficulty driving and working with computer.

Vestibular Rehabilitation Therapy in Toronto is offered by Physiomobility Health Group. To book a consultation or an appointment contact Physiomobility Don Mills.